Jolue Aloysius Tarlue, Jr.,  is the new  Executive Governor and Chairman of the Board of Governors of the Central Bank of Liberia. Before coming to CBL, he was Chairman of the Board of Commissioners of the Liberia Electricity Regulatory Commission (LERC).  He returned to Liberia in September 2018 accepting the call to service from President Weah, who appointed Tarlue to a four-year term as LERC Chairman. The Liberia Electricity Regulatory Commission is a nascent institution responsible for regulating the electricity sector in Liberia by determining the legal and regulatory framework for generation, transmission, distribution, trading, import & export, and sales of electricity within Liberia.

Executive Governor Tarlue was born in Liberia but has spent much of his academic and professional career in the United States since graduating from Monrovia’s American Cooperative School in 1983.

He is a risk and compliance management expert who has served with four banking and investment institutions.  From 2013 to 2018 he was the Compliance Officer for J.P. Morgan Chase’s Know Your Customer (KYC) and Anti-Money Laundering Regulations (AML) Team.  He served in similar roles with BNY Mellon NA (2008-13), Deutsche Bank (2007-08), Merrill Lynch and HSBC Bank NA (2004-07). 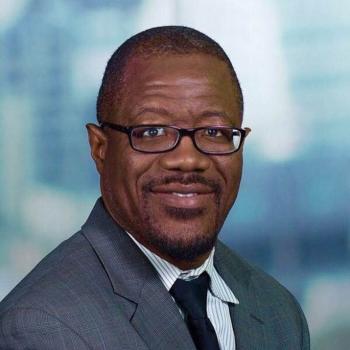